The Passing of a Founding Partner, Leo R. Reynolds 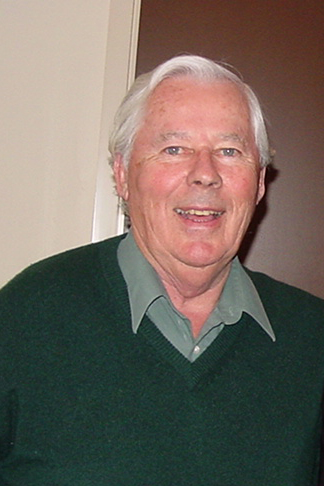 It is with deep sadness that the firm announces the passing of one of the founding partners, Leo R. Reynolds.  Leo, 85, passed away peacefully on Tuesday, December 20, 2016.

"Leo was the epitome of a gentleman and a scholar and was also a very fine athlete.  We shared many happy times together building our firm and playing golf or basketball.  The entire firm will miss him and his contributions as a Founder and Principal," expressed Dave Brook, Founder and Principal.

Jim Smith, Founder and Principal, also shared his memories about Leo.  "Through the early decades of the firm, Leo was our source of balance.  His unassuming demeanor, Irish humor, time on the golf course, and outside shot are greatly missed."

Leo, the son of the late Patrick and Marguerite (Ahearn) Reynolds, was born in Somerville, MA on November 20, 1931.  During the Korean Conflict, he honorably served his country in the United States Army.  A graduate of Boston College Law School, Leo began his career at Raytheon as an engineer, and later, as a Patent Attorney.  In 1980, he founded Hamilton Brook Smith Reynolds with Dave Brook and Jim Smith, and he continued to practice with the firm until his retirement in 2008.

Concord's Town Flag flew at half-staff on Thursday, December 22 in recognition of Mr. Reynolds' service to our country in the U.S. Army.