The Federal Circuit recently held that use of a pharmaceutical by patients during a clinical trial did not rise to an impermissible “public use” for purposes of a challenge to patent validity.  In Dey, L.P. v. Sunovion Pharmaceuticals, Inc., the court emphasized the policy behind prior use restrictions—that the public should be protected from having inventions, reasonably believed to be freely available, removed from the public domain—and concluded that members of the public have not been put into possession of a patented invention if they are not informed of, and cannot readily discern, the claimed features of the invention.  Standard restrictions during a clinical trial, such as investigator confidentiality agreements and subject consent forms, were deemed sufficient to rebut an argument that otherwise unrestricted use of the drug by numerous patients in their homes during the trial constituted public use.  In addition, the court indicated that the confidentiality controls need not be imposed by the inventor; third-party restrictions may also suffice.

Both Sunovion and Dey were actively investigating compounds for the treatment of chronic obstructive pulmonary disease (COPD).  Sunovion, holding a patent to a specific formulation of the compound formoteral, began a Phase III trial in 2002 testing varying dosages of the drug.  One of the tested dosages was eventually brought to market as Brovana.  Concurrently, Dey was granted a family of patents for the same compound, with claims ultimately encompassing the formulation of Brovana.  However, the priority date of Dey’s patents was significantly later than when the first Sunovion study subjects began treatment in the trial.  In an unusual strategy, Sunovion asserted its own clinical trial as a prior use bar to challenge the validity of Dey’s later-issued patents.

The Federal Circuit overturned the summary judgment entered for Sunovion by the district court on the basis that the formulation at issue was not indisputably open to the public.  In arriving at its conclusion, the court appeared to weigh the level of knowledge of those with access to information about the invention more heavily than the nature of the invention’s use.  For example, study site investigators who were most knowledgeable about the formulation were subject to standard confidentiality agreements and were only given incomplete descriptions of the formulation.  Although the study subjects did not sign confidentiality agreements, they did sign standard consent forms which included a provision that the study drug must be taken only by the person for whom it was intended.  The study subjects were provided with a supply of the drug for self-administration at home; once provided with the drug, the study subjects had essentially open and uncontrolled access to it, although they were instructed to return any unused portions. Despite the study subjects’ open access to the drug, the court found it compelling that the study subjects could not reveal the formulation because they did not have the necessary knowledge. The court stressed that it was necessary to assess what, exactly, had been put into possession of the public -- a restricted supply of drug, in the absence of knowledge, did not place the benefit of the invention in the hands of the public.

In regard to the restrictions surrounding the drug, the Federal Circuit reiterated that standard clinical trial controls created circumstances with an “expectation of secrecy” that was sufficiently confidential.  Additionally, the Federal Circuit clarified the impact of the entity controlling the study on the analysis.  The district court had found public use to exist because the study in this case was not controlled by the patent holder and the alleged prior use was conducted openly.  However, the Federal Circuit found that, in third-party use cases, the lack of any limitation, restriction, or obligation of secrecy to the inventor would, nevertheless, not automatically indicate the presence of a prohibitive public use.

Although the third party challenge in Dey v. Sunovion used a statutory section that has subsequently been changed in the Leahy-Smith America Invents Act, the reasoning presented in the case of what constitutes “public use” is still relevant under the revised act.  After Dey, a third-party’s ability to assert a public use challenge against a competitor’s patent based on use of a pharmaceutical or complex medical device in a clinical trial setting may be much more difficult. The courts will focus on the availability of information to individuals involved in the study instead of the study participants’ access to the compound of the invention.  Inventors may rest easier after Dey, knowing that current standard clinical trial practices appear to create an “expectation of secrecy” sufficient to overcome a challenge based on public use of the invention. 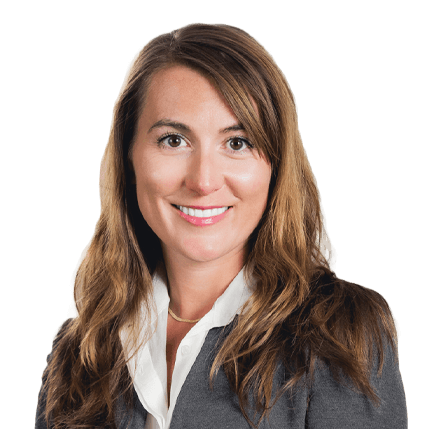