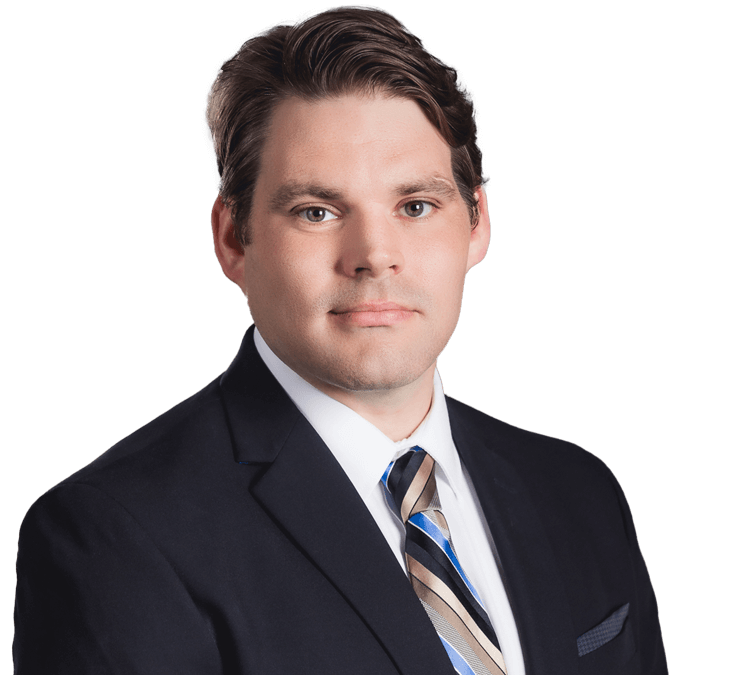 Andrew “Drew” Ehle has experience preparing and prosecuting patents, both domestically and internationally, in the technical areas of pharmaceuticals, chemistry, and biotechnology.

Before joining the firm, Drew was a research chemist with a strong background in methodology development. Drew earned his doctorate at the University of Delaware, where he worked as a graduate student in the lab of Professor Mary Watson investigating the formation of carbon-carbon bonds using cheap and ubiquitous nickel catalysts to activate carbon-oxygen bonds, and the formation of previously unexplored carbon-carbon bonds using Lewis Acid catalysts to activate vinyl halides. Drew also worked as a postdoctoral fellow in the lab of Tyler McQuade at Florida State University and in the lab of Frank Gupton at the Department of Engineering at Virginia Commonwealth University, where he partnered with The Bill and Melinda Gates Medicine for All Foundation on work involving novel copper catalysts for forming carbon-carbon bonds. During his postdoctoral research, Drew also developed an improved synthesis of potent anti-HIV drugs using a continuous reactor process (flow chemistry) to synthesize hydroxyl propyl adenine, a key component of many anti-HIV drugs.