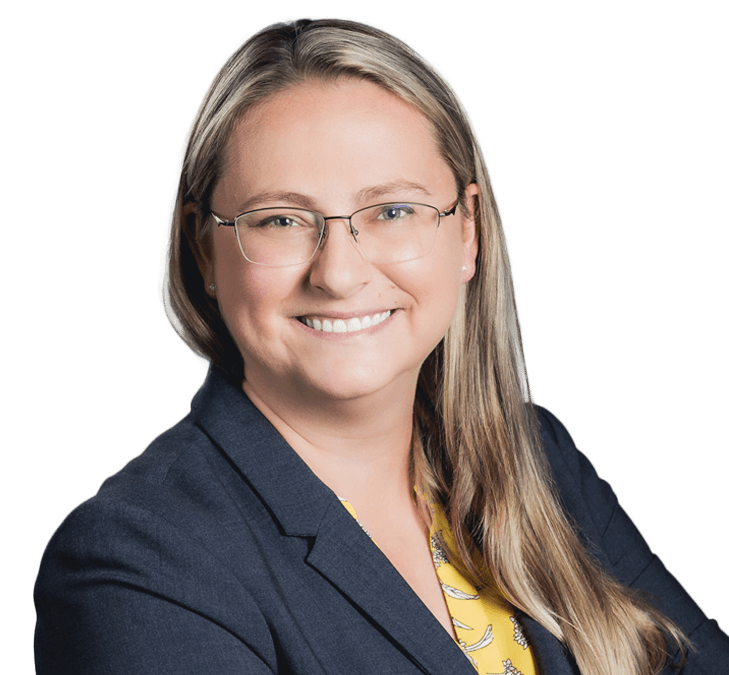 Erica specializes in intellectual property patent protection in the areas of molecular biology and biochemistry.

Prior to joining the firm, Erica was a PCT Written Opinion and Search Report Contractor for the United States Patent and Trademark Office. She conducted patent and literature searches for Patent Cooperation Treaty applications, drafted written opinions, and determined class and subclass for applications.  She participated in the judging process for selecting the USPTO Patents for Humanity award in the categories of Food & Nutrition and Clean Technology.

Before her position at the United States Patent and Trademark Office, Erica was an intellectual property intern at ReGenXBio.  Her responsibilities included drafting patent claims based on her scientific expertise and working with the scientific research staff on internal and external patent portfolio analyses.

Erica was also the Director of Technology Transfer at the Boyce Thompson Institute at Cornell University and, before that, at the Donald Danforth Plant Science Center.  At the Boyce Thompson Institute, she evaluated technology and invention disclosures to devise legal protection.  Erica identified and established collaborations and/or licensing agreements associated with the Institute’s intellectual property. At the Donald Danforth Plant Science Center, she acted as a liaison between scientific staff and the Center's corporate partners to secure sponsored research agreements and licensing opportunities. She counseled research teams from testing to post-launch on intellectual property and agreement strategies.

Prior to graduate school, Erica was a biochemist for Sigma-Aldrich (now MilliporeSigma). She worked for a large-scale production team conducting assays and assisting in producing chemical compounds used for research and development both in academic and industrial settings.

Erica is a graduate of Seton Hall University School of Law. She received her Ph.D. in Molecular Biology from Washington University in St. Louis and a Bachelor of Arts in Biology and French from the University of Kansas.