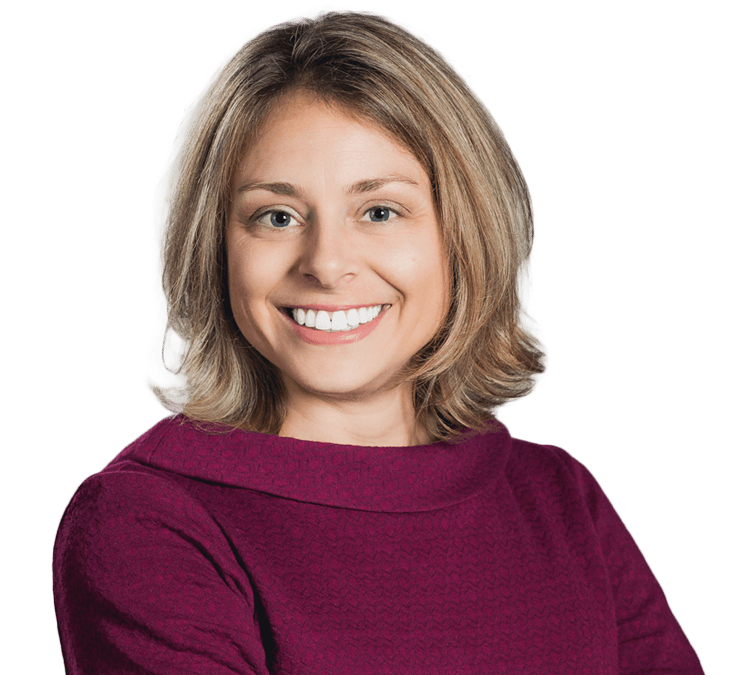 Rebecca “Becky” Simmons prepares and prosecutes patents in the areas of pharmaceuticals, chemistry, biotechnology, and mechanical.

She assists in strategic intellectual property counseling, due diligence, and preparation of opinions of counsel. Her clients range from single inventors to global pharmaceutical companies and include start-ups, venture capital firms, and research universities. In the pharmaceutical field, Becky has particular experience with the preparation and prosecution of both U.S. and foreign patents involving small molecules, including enantiomers/diastereomers, polymorphs and prodrugs, antibiotics, cannabinoid receptor agonists, and anti-cancer drugs. She also has experience with process, formulation, and combination therapy patents in the chemical arts, and patents involving devices for use within the pharmaceutical and semiconductor industries. Becky has assisted extensively in patent litigation and in the preparation of freedom-to-operate, invalidity, and due diligence opinions.

Specifically, Becky has assisted in filing and managing the global patent portfolio of an emerging pharmaceutical company for new therapeutics undergoing clinical trials for use in cancer, and in guiding the company through their Initial Public Offering. More recently, she completed a third round of due diligence on a young start-up that resulted in a $30 million extension of a $50 million Series B financing. She has also assisted in the management of a complex, worldwide patent portfolio of a mature pharmaceutical company, and has worked extensively with both French and French-American clients in the areas of pharmaceuticals and biotechnology. In addition, Becky has coordinated ongoing prosecution for the patent portfolio of a mature life sciences company related to a co-pending litigation, ensuring coherence between litigation and prosecution strategies and compliance with duty of disclosure of court filings and decisions. She has also worked with inventors at several large research universities to patent their inventions.

As a graduate student in Professor Andrew Myers’s laboratory at Harvard University, Becky developed a strategy for bioconjugation based on a stable, biotin-tagged organopalladium(II) reagent that reacts with alkene-containing probes in complex proteomic mixtures and used the approach to isolate the known protein targets of two natural products in pull-down experiments.

Prior to completing her Ph.D., Becky worked in the Research Division at Hitachi Global Storage Technology and in the Storage Technology Division at IBM. She also worked as an undergraduate research assistant at Boston College and Ecole Superieure de Physique et de Chimie Industrielles (ESPCI) in Paris, France. At ESPCI, she assessed the chemoselectivity of a series of cross metathesis reactions catalyzed by the Hoveyda–Grubbs metathesis catalyst, and at Boston College, she focused on understanding the reactivity preferences of Mo-based metathesis catalysts, extending Grubbs’s model of selective Ru-catalyzed cross-metathesis to Mo-based catalysts.

Becky has been the recipient of many awards and honors, including the Eli Lilly Organic Chemistry Fellowship, Robert B. Woodward Fellow, Fulbright Foreign Scholarship, Presidential Scholarship Program, and the IBM Thomas J. Watson Memorial Scholarship Award. She is also fluent in French. Becky is a co-inventor on U.S. Patent Application No. 2007/0089995 A1, “Damascene Copper Plating for Coils in Thin Film Heads.” She has also co-authored publications that appeared in The Journal of the American Chemical Society and Organic Letters.