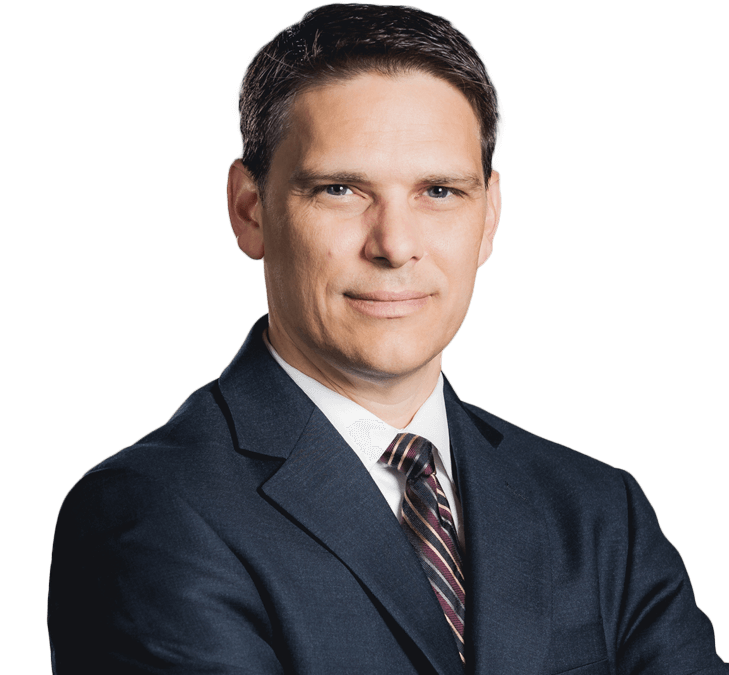 Rob’s clients include large companies, startup companies in various stages, select individual inventors, and universities. His work has included growing and managing a company’s patent portfolio from startup stage to extend to dozens of case families and a global business. He has a particular strength in drafting and prosecuting applications directed to technologies that often incorporate optics, imaging, and lasers together with biomedical applications. Rob’s experience extends to appeals to the Patent Trial and Appeal Board and litigation teams.

Rob’s optical physics background includes earning B.S. and M.S. degrees in Physics from the University of Nevada, Las Vegas (UNLV). While at UNLV, he completed experimental work in magneto-optical trapping and optical tweezers. His further experimental work in hyper-Rayleigh scattering from tetrahedral molecules and cryogenic liquids earned him “Best Master’s Thesis for the Year 2000” from the UNLV College of Sciences.

Rob spent nine years in technology companies, including Newport Corporation, where he developed photonics automation systems and applications, plus he authored numerous studies for particular photonic devices.  He later joined Intralase, now Abbott Medical Optics, where he assisted in developing femtosecond laser systems for eye surgery applications, gained experience in FDA compliance, and managed a test engineering group. Rob continues to advance his interests in optical physics through his active membership in Optica (formerly the Optical Society of America).

Some particular technology areas in which Rob has obtained patent protection include:

Rob has spoken on the topic of compliance with the Federal Acquisition Regulations and Bayh-Dole Regulations and has advised technology transfer offices, including recipients of SBIR/STTR grants and other types of Federal funding, on their compliance programs.

Since 2020, Rob has received distinction in Best Lawyers: Ones to Watch in AmericaTM for his patent law expertise.

Rob is also fluent in Spanish, which assisted him during his research into international technology transfer in Latin America while at the University of New Hampshire School of Law.