In Uniloc USA, Inc. v. LG Electronics USA, Inc. (Fed. Cir. 2020), the U.S. Court of Appeals for the Federal Circuit held that Uniloc’s challenged claims in U.S. Patent No. 6,993,049 (the ’049 patent) are directed to patent-eligible subject matter under 35 U.S.C. § 101.  The decision reversed and remanded a decision of the U.S. District Court for the Northern District of California, which previously found the claims ineligible as being directed to an abstract idea.

The ’049 patent is directed to a communications system that can be applied to wireless links such as a Bluetooth network.  In conventional Bluetooth networks, two devices must undergo two sets of procedures to form a communications channel: an “inquiry” procedure and a “page” procedure.  Once linked, one device (a “primary station”) periodically polls the other device (a “secondary station”) to determine if it has data to share across the channel.  Because the primary station alternates between polling and inquiring for new connections, secondary stations can be delayed when transmitting data.

The ’049 patent improves upon conventional systems by including a data field for polling as a part of an inquiry message.  In doing so, the invention enables primary stations to send inquiry messages and conduct polling simultaneously.  Representative claim 2 of the ’049 patent recites:

Claim 2. A primary station for use in a communications system comprising at least one secondary station, wherein means are provided for broadcasting a series of inquiry messages, each in the form of a plurality of predetermined data fields arranged according to a first communications protocol, and for adding to each inquiry message prior to transmission an additional data field for polling at least one secondary station.

Uniloc brought suit against LG for infringement of the ’049 patent, and LG responded with a motion to dismiss, arguing that Uniloc’s claims are not patent-eligible under 35 U.S.C. § 101.  The district court agreed with LG, finding that Uniloc’s claims are directed to the abstract idea of “additional polling in a wireless communication system,” and did not recite an “inventive concept sufficient to save the claim[s].”  Accordingly, the district court dismissed the suit.

In response to an Appeal by Uniloc, the Court reviewed the dismissal de novo.  On review, the Court challenged the district court’s comparison of the ’049 patent claims to those of Digitech Image Technologies, LLC v. Electronics for Imaging, Inc. and Two-Way Media Ltd. v. Comcast Cable Communications, LLC.  Turning first to Digitech, the Court noted “the claims recited ‘a process of taking two data sets and combining them into a single data set,’ called a device profile.”  However, “merely generating the claimed device profile did not alone reduce image distortion or otherwise improve image processing.”  Accordingly, the claims of Digitech were found to recite the abstract idea of “gathering and combining data that does not require input from a physical device.”

Similarly, in Two-Way Media, the Court held that the claims “failed to concretely capture any improvement in computer functionality.”  Although the appellant argued that the claims solved problems related to data transmission, the Court noted that the claims themselves did not recite any such improvements: “We therefore held the claims ineligible because they merely recited a series of abstract steps (‘converting,’ ‘routing,’ ‘controlling,’ ‘monitoring,’ and ‘accumulating records’) using ‘result-based functional language’ without the means for achieving any purported technological improvement.

Contrasting Uniloc’s claims to those of Digitech and Two-Way Media, the Court found that the claims “do not merely recite generalized steps to be performed on a computer using conventional computer activity.”  Rather, they recite a “change in the manner of transmitting data,” which “results in reduced response time by peripheral devices which are part of the claimed system.”  As a result, the Court held that Uniloc’s claims “are directed to a specific asserted improvement to the functionality of the communication system itself” and, thus, are patent-eligible under 35 U.S.C. § 101.  Having found that Uniloc’s claims are not directed to an abstract idea under step one of the two-part framework introduced in Alice Corp. v. CLS Bank Int’l, the Court did not proceed to the second step of Alice.

The Court found a more apt comparison in DDR Holdings, LLC v. Hotels.com, L.P..  The claims of DDR Holdings were “directed to a system for generating a hybrid web page that maintained the ‘look and feel’ of a host website.”  The Court found those claims to be patent-eligible because the “claimed invention changed the normal operation of the computer network itself and was ‘necessarily rooted in computer technology.’”  Turning to Uniloc’s claims, the Court concluded “like the claims in DDR, the claimed invention changes the normal operation of the communication system itself to ‘overcome a problem specifically arising in the realm of computer networks.’”

In response to arguments presented by LG, the Court also found that the claims are not required to “expressly mention the reduced latency achieved by the claimed system”: “Claims need not articulate the advantages of the claimed combinations to be eligible.”  In this finding, the Court distinguishes between reciting a “patent-eligible technological improvement“ and an advantage provided by that improvement.

The Court further noted that a claim’s relation to “conventional” technologies, or a lack of “physical” components, do not necessarily bar patent-eligibility under 35 U.S.C. § 101:

The claimed invention’s compatibility with conventional communication systems does not render it abstract. Nor does the fact that the improvement is not defined by reference to “physical” components. “To hold otherwise risks resurrecting a bright-line machine-or-transformation test, or creating a categorical ban on software patents.” Our precedent is clear that software can make patent-eligible improvements to computer technology, and related claims are eligible as long as they are directed to non-abstract improvements to the functionality of a computer or network platform itself.

The Court found that Uniloc’s claims are directed to such non-abstract improvements, and concluded that the claims are patent-eligible under 35 U.S.C. § 101. 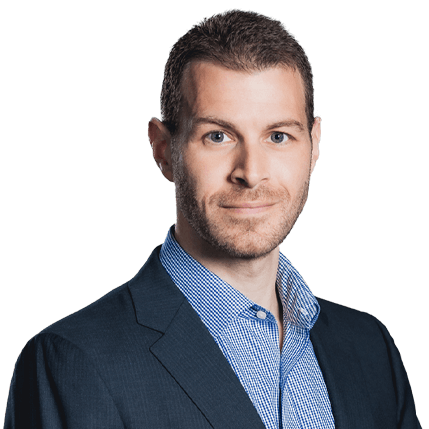