Help!  My company has just been sued for patent infringement in the Eastern District of Texas, of all places. Do I need to defend my company there?  Can I move the dispute to a place that is more convenient for my company?

For nearly three decades, the answers to these questions were almost always “Yes” you need to defend your company there, and “No” you cannot move the dispute to a more convenient location.

With a recent Supreme Court decision, now clarified by the Federal Circuit Court in In Re: Cray, Inc., in many cases both of these answers have changed as the venue choices (i.e., the rules on where a patent suit can be brought) are confirmed to be much more limited.

For the past several years, the preferred district for many plaintiffs in patent infringement actions has been the Eastern District of Texas with 2,540 cases (43.6% of all federal patent suits) being filed there in 2015.  See Lex Machina, 2015 Year End Trend.  Companies that were forced to defend themselves there were not happy with the perceived advantages for plaintiffs in that district.

For over 100 years, there has been a special patent infringement venue statute that narrowed the number of jurisdictions in which patent infringement cases could be brought.  The modern equivalent is 28 U.S.C. § 1400(b), which restricts the venue of patent case to “where the defendant resides, or where the defendant has committed acts of infringement and has a regular and established place of business.”  In contrast, the general venue statute, 28 U.S.C. § 1391(c), authorizes a suit to be filed against a defendant anywhere it is “doing business.”

In 1988, the general venue statute was amended to allow a suit to be filed in any district in which the defendant is subject to personal jurisdiction. The Federal Circuit decided in VE Holding Corp. v. Johnson Gas Appliance Co., 917 F.2d 1474 (Fed. Cir. 1988) that this broadening amendment of 28 U.S.C. § 1391(c) was to be applied to patent infringement actions. Therefore, venue was generally found to be proper in a patent case in any district where an alleged infringing product was sold. This allowed plaintiffs to forum shop on where to file their patent cases and to make strategic decisions that favored the plaintiff’s case.

Earlier this year, the Supreme Court in TC Heartland LLC v. Kraft Foods Group Brands LLC, 137 S. Ct. 1514 (2017), overruled the VE Holding Corp standard, and reestablished the primacy of 28 U.S.C. § 1400(b) as the “sole and exclusive provision controlling venue in patent infringement actions,” which presumably would limit the ability of plaintiffs to cherry pick their filing location.  One would think that the Supreme Court decision would resolve the issue, but a number of people commented that TC Heartland did not really restrict patent infringement venue.  Judge Gilstrap of the Eastern District of Texas adopted broad standards on how the decision in TC Heartland would be applied, and as a result, some cases where the Defendant had minimal contact with the Eastern District of Texas were still found to be properly based in Texas.

In Cray, Plaintiff Raytheon Company sued Defendant Cray Incorporated in the Eastern District of Texas alleging patent infringement based upon Raytheon’s patents covering advanced supercomputers. Relying on TC Heartland, Cray moved to transfer the case to a more convenient location.  Judge Gilstrap denied the motion and kept the case in his Court.  Cray then filed a petition requesting the Federal Circuit Court of Appeals to vacate Judge Gilstrap’s Order.

In response to Cray’s petition, the Federal Circuit vacated the District Court’s order that denied Cray’s motion to transfer.  The Federal Circuit began its analysis with a strong affirmation of TC Heartland stating that “the only question before the court is whether Cray has a ‘regular and established place of business’ in the Eastern District of Texas within the meaning of § 1400(b).”  The Federal Circuit interpreted 28 U.S.C. § 1400(b) as requiring three conditions for proper venue:  (1)  there must be a physical place in the district; (2) it must be regular and established place of business; and (3) it must be the place of the defendant.

The Federal Circuit found that the employee’s home, while a physical place, could not be found to be a regular and established place of business of Cray.  The argument that Cray accepted the Eastern District of Texas as a venue by allowing the employee to work from the district was insufficient.  The location of the employee’s home was one of personal choice, not company policy.  Furthermore, the employee was able to change locations at will and was not required to live within or serve customers within the Eastern District of Texas.

The Federal Circuit differentiated between an employee conducting business from a location and a company establishing a place of business in a location.  A physical location where an employee of the defendant works is not enough to satisfy the three requirements of 28 U.S.C. § 1400(b).  The Federal Circuit determined that there was no physical place in the district that was a regular and established place of business of the defendant.  Accordingly, venue was improper and the case should not have been filed in the Eastern District of Texas.

In light of In Re: Cray Inc. and TC Heartland, it is important for potential plaintiffs in patent infringement actions to consider the more restrictive requirements of 28 U.S.C. § 1400(b) when deciding where to file suit.  Defendants in patent infringement actions should be aware that they have a stronger ability to transfer cases to a more convenient venue.   Finally, the Federal Circuit makes it clear that in determining venue it is important to focus on the actions, physical locations of business offices, representations, and procedures of corporate defendants, instead of the location of individual employees. 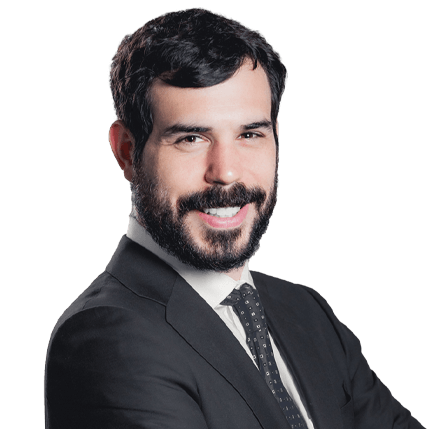