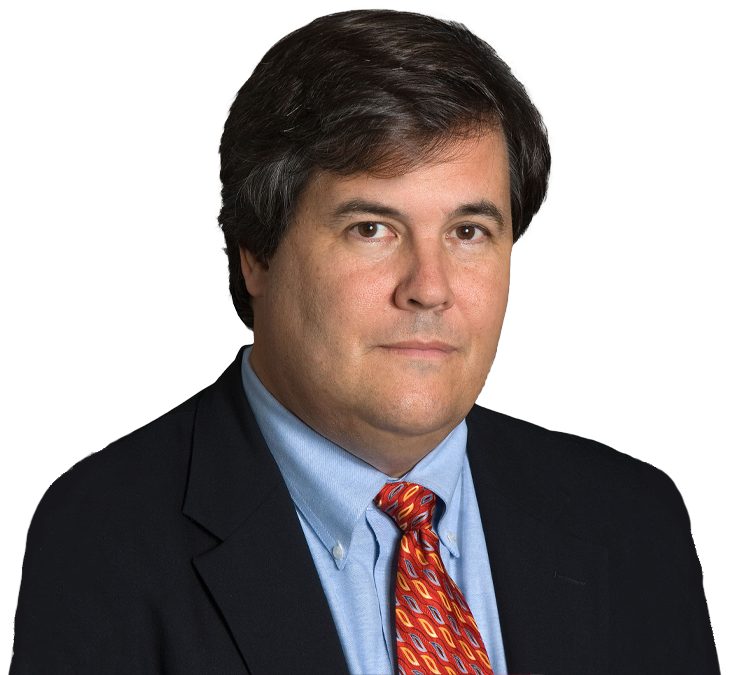 Brian’s practice focuses on all aspects of intellectual property law and counseling.

His practice includes acting as first-chair counsel for many patent and IP litigations involving a wide variety of subject matters including pharmaceuticals, biotechnology, telephony, and software. Brian is often the lead investigator for IP diligence and IP transaction advice on corporate deals involving pharmaceutical, biologic, and medical products, among many areas, involving billions of dollars in sales. Brian also manages patent portfolios and patent prosecution in a variety of subject matters areas, including pharmaceuticals, biologics and, medical devices.

Brian is one of only a handful of registered patent attorneys in the U.S. who also has served as an Assistant U.S. Attorney.  He served in the United States Department of Justice, Criminal Division, in New York City. There he received numerous awards and commendations for his work as a Federal Prosecutor. Brian served as First Chair in many high profile federal criminal trials and federal grand jury investigations in conjunction with the FBI, DEA, Secret Service, U.S. Customs, NYPD, and many other law enforcement agencies. Brian has maintained many of his government contacts and recently has worked with FBI units focused on the theft of U.S. trade secrets and intellectual property.

One of Brian’s investigations on corruption in the NYPD led to several felony convictions of corrupt NYPD officers and was featured on the front page of the New York Times and in other media.  This investigation was also the basis for a successful Hollywood movie.

Brian has substantial expertise in the Hatch-Waxman and related laws applicable to patents directed to pharmaceutical and biologic products. Brian regularly litigates these cases and counsels clients on the impact of the Hatch-Waxman listings, exclusivities, and other provisions on their patents and products. He served as First Chair for both patent owners and generic drug companies in numerous cases involving pharmaceutical products with cumulative sales substantially over $100 billion.

As a registered patent attorney, Brian has expertise in patent prosecution, IP diligence, and related transactions, such as transfers of patents and licensing matters. Brian manages the prosecution of hundreds of patent applications in the United States and abroad. He regularly conducts thorough investigations, including “War Games” of IP rights for multiple financial companies and operating companies seeking to make an acquisition, provide financing, or make other IP transactions. He reviews the relative strengths of patent, trademark, and other rights to protect markets and assess impact on future product income and royalty streams. He reviews ongoing and threatened patent litigation to assess how the litigation may impact market exclusivity. Brian scrutinizes foreign litigation, USPTO proceedings, and FDA Citizen Petitions to provide a complete picture of the risks and benefits of an IP purchase or transaction.  Our clients rely on Brian’s expertise to conduct due diligence analysis for pharmaceutical, biologic, computer, electrical, and business method assets.

Other Patent and IP Litigation

For more than a decade, Brian has conducted IP diligence for a variety of investors, funds, and companies involving dozens of transactions comprising billions of dollars in value.

The first step, often, in a diligence investigation is to develop a deep understanding the essential terms of the underlying transaction, including the type and length of investment. The client’s concerns in an equity investment are considerably different than with a debt instrument. Brian then identifies the essential patents and IP that protect the most important products and/or revenue or expected revenue streams central to the transaction.  Once the framework of the transaction and IP is identified, Brian and his team at Hamilton Brook Smith Reynolds dig deep into the details by evaluating IP documents, prior art, scientific literature, existing and expected litigation, as well as FDA exclusives and approvals, and patent file histories.  He also interviews inventors, technology officers, and others to obtain a broad and focused view of the strengths and weaknesses of the IP in question. Brian’s work has provided investors and operating companies with a full picture of the IP strengths and risks which allowed clients to make a thorough evaluation of their prospective investments.  Brian has also worked with clients after the investments have been made to interpret and enforce critical provisions of underlying patents, licenses, and deal documents.  Brian’s post-transaction enforcement work has involved negotiations, alternative dispute resolution, such as mediation, and litigation in federal courts.